As we continue to delve into the world of Home Automation, we cannot not mention the Z-Wave Protocol.

Z-Wave is essentially a technology that enables communication between IoT devices while making sure that they use the least power possible while at the same time retaining a reliable connection. (similar to ZigBee)

As a matter of fact, Z-wave was specifically designed for home automation, by creating a separate local network to control the data. This local network is centered on a controller (commonly called a smart home hub), which also acts as a Gateway to allow connections to your normal home network.

As such, the only device which you will be able to reach through your normal network, is the Gateway. The rest of the Z-Wave devices will be working on a different Frequency (800 to 900 MHz to be exact).

Controllers – these are the basis of the Z-Wave network and manage security and control of the devices on that network.

Routers – These are continuously powered devices like light bulbs, switches, and thermostats that can act as relays for control signals to more distant devices on the network

Slaves – Typically battery powered, these devices are those like wireless sensors which need to be able to last long periods on small batteries alone. They send and receive data as required, but don’t act as relays to conserve battery life. 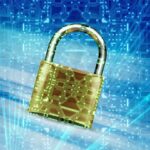 By keeping these IoT Devices off your home network, you will be reducing the exposure to potential attacks and keep will also keep your personal data safe. Such cases are more frequent when you use Devices that require connectivity to a Cloud Service.

For example, if you create an account with this Cloud provider with a very weak password, you are greatly increasing the potential risk of someone getting control over such devices.

As Z-Wave provides a standard interoperability layer for all it’s devices, and operates over a local network with direct connection to the controller, Z-Wave devices are not dependent on any internet or Cloud services to be able to work. This results in grester response time and improves reliability as your smart devices will still function normally regardless of internet outages. 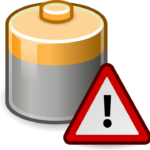 WiFi is focused on providing high speed, high bandwidth communications for things like web browsing, streaming content and real time activities like games and video calls. That’s great, but comes with significant overheads, and those overheads need lots of power.

Small battery powered sensors and switches, the fundamentals of a smart home, simply cannot run on WiFi. Z-Wave deals with this by using slower transmission rates and small data packets. This is sufficient for control messages and status updates, and allows the protocol to use much lower power transmissions while increasing reliability.

Things like door and window contact sensors, temperature sensors, motion sensors, and similar devices, can run for years on a small AAA or coin battery, with some devices claiming a 10 year battery life.

Like ZigBee, Z-Wave operates as a self-healing mesh network, which means devices within the network can act as repeaters to improve range, and offer greater resilience to any given device becoming unreachable. In such an event, any other device in range can still relay messages, routing around the failure or areas of weak signal. 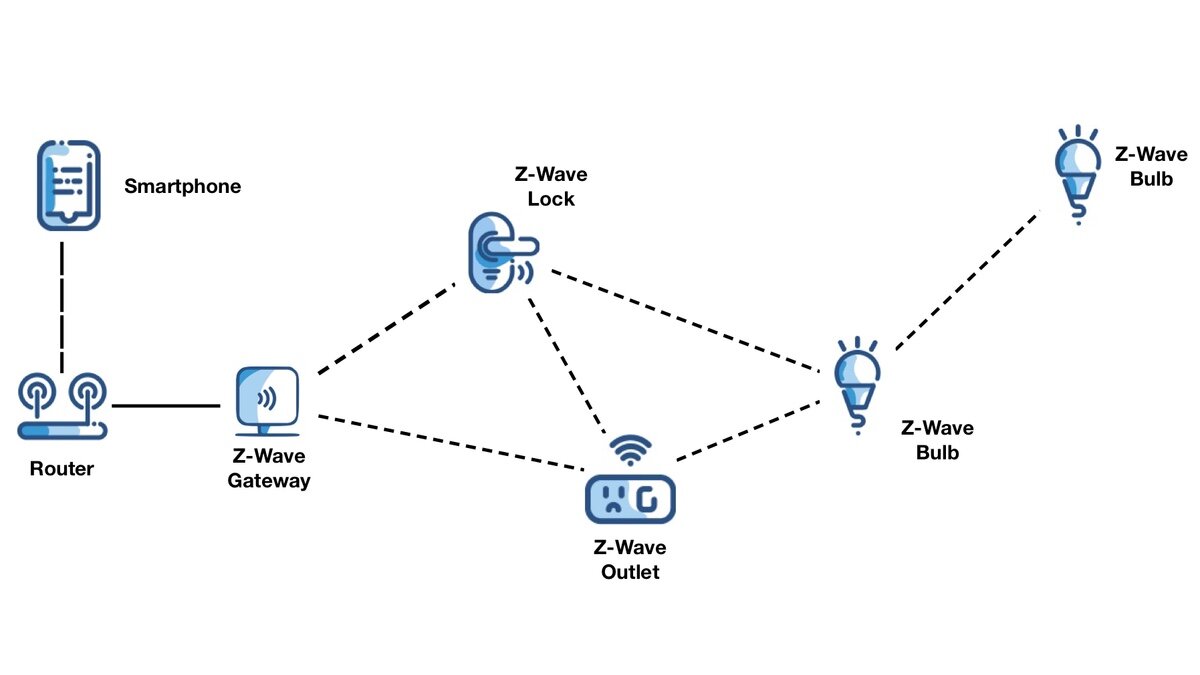 Not all devices can act as repeaters, as certain small battery powered devices such as wireless sensors will go to sleep to conserve battery life. This behavior allows for very long battery life, with even very small batteries giving years of normal use before needing replacement.

That being said, in the sleep state these battery devices are unable to relay messages. Relays are thus limited to powered devices such as lights and switches. Those devices also record their signal strength to nearby devices when they are added to the network to aid in routing decisions, which ensures the shortest path is always taken for any message to reduce latency.

Next week, it’s the turn of WiFi….stay tuned! 🙂

Shopping Cart
We use cookies on our website to give you the most relevant experience by remembering your preferences and repeat visits. By clicking “Accept All”, you consent to the use of ALL the cookies. However, you may visit "Cookie Settings" to provide a controlled consent.
Cookie SettingsAccept All
Manage consent

This website uses cookies to improve your experience while you navigate through the website. Out of these, the cookies that are categorized as necessary are stored on your browser as they are essential for the working of basic functionalities of the website. We also use third-party cookies that help us analyze and understand how you use this website. These cookies will be stored in your browser only with your consent. You also have the option to opt-out of these cookies. But opting out of some of these cookies may affect your browsing experience.
Necessary Always Enabled
Necessary cookies are absolutely essential for the website to function properly. These cookies ensure basic functionalities and security features of the website, anonymously.
Functional
Functional cookies help to perform certain functionalities like sharing the content of the website on social media platforms, collect feedbacks, and other third-party features.
Performance
Performance cookies are used to understand and analyze the key performance indexes of the website which helps in delivering a better user experience for the visitors.
Analytics
Analytical cookies are used to understand how visitors interact with the website. These cookies help provide information on metrics the number of visitors, bounce rate, traffic source, etc.
Advertisement
Advertisement cookies are used to provide visitors with relevant ads and marketing campaigns. These cookies track visitors across websites and collect information to provide customized ads.
Others
Other uncategorized cookies are those that are being analyzed and have not been classified into a category as yet.
SAVE & ACCEPT